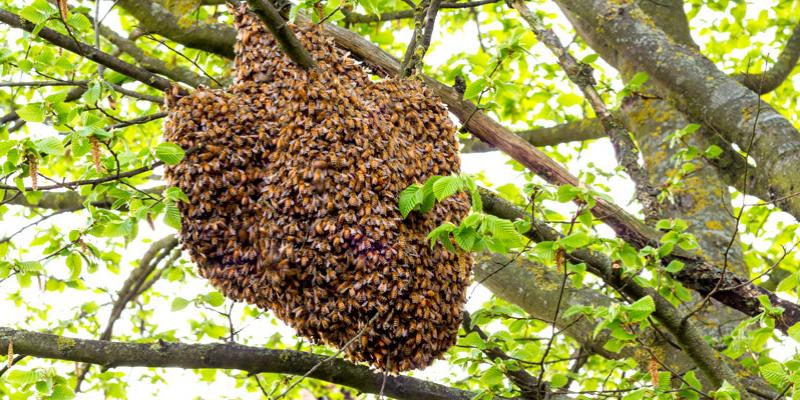 The first instinct of most people when they discover a honey bee infestation is to get rid of the bees with pesticides. We often get calls from customers that have tried repeatedly to kill an infestation with chemicals and by the third or the fourth attempt, they finally realize that spraying chemicals just doesn’t seem to work. Even if the bees go away for a couple of days or even weeks, the problem seems to recur again and again. Spraying chemicals in a cavity that the bees are building in can create a bigger problem since it usually forces the bees further into the cavity, or into another cavity. Now you have honeycomb being built in two places on your property!

If bees have built a nest somewhere inside your home, we will remove it and clean up the mess. We must first locate the hive. Then determine the size and extent of the comb that is there. In many cases, the application of chemicals is enough to eliminate the problem. In other cases, we must open an area to be able to remove the comb. Just eliminating the bees is just the first step. The entire comb must be removed.

Why Eliminate Rather Than Relocate? 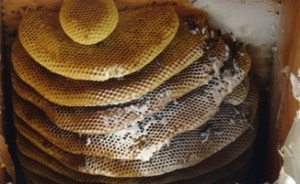 One of the greatest challenges beehives are facing is Colony Collapse Disorder (CCD). CCD is characterized by a hive that still has its queen but is missing most or all of its adult bees, with a distinct lack of dead bees around and near the hive to explain where the adult workers went. Bees do not normally abandon a hive while there are capped brood- eggs planted in cells that have been sealed. Other clear signs of CCD are the presence of this capped brood, as well as stored honey and pollen. Also, attacks by the usual moths and mites, as well as robber bees, that would normally take immediate advantage of a weak or abandoned hive, are significantly delayed and a noticeable time lapse before these critters begin to attack. If there is no queen, then it is simply assumed the hive died because of a lack of queen so her presence is one of the requirements for it to be CCD. With CCD and other unknown challenges facing the honey bee population, it has been determined by the state of Florida that introducing feral bees to a managed bee operation could be devastating.

The State of Florida Recommendation

The State of Florida recommendation established by the Florida Department of Agriculture and Consumer Service’s (FDACS) Apiary Section is that all feral colonies or swarms should be considered “Africanized”. They suggest that hives located close to people or animals should be eradicated by a pest control operator (PCO) trained in honey bee colony eradication and removal. Further, FDACS recommends that swarm and colonies should not be removed by beekeepers but only by Pest Control Operators that are trained to do so.

Tony's Pest Control has been providing quality and affordable pest control to Southwest Florida for over 30 years. We're proud to offer our pest control services in the following locations:

What Our Customers Are Saying

This company was highly recommended by our neighbor who has used them for 28 years. Our technician was very polite and thoroughly explained the process.

Veterans save $20 on your initial services with valid ID!

Offer valid for your initial service on any of our regular maintenance services. Must present a valid Military ID.